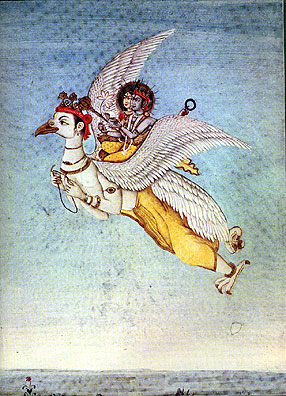 NADA YOGA ~ the Yoga of Sound

An ancient mystic practice using voice, breath & movement as a way of healing, empowerment, and self-realization.

NAMAH SHIVAYA GURAVE NADA-BINDU-KALATMANE
NIRANJANA-PADAM YATI NITAM YATRA PARAYANAH
"Salutations to the nadam, which is the inner guide and the inner life, the dispenser of happiness to all! It is the inner guru, appearing as nada, bindu and kala. One who is devoted to the inner guru, the nada, the inner music, obtains the highest bliss." ~ Hatha Yoga Pradipika IV, 1

"In the beginning was the Word. And the Word was with God, and God was the Word." ~ The Gospel According to Saint John 1:1

Nada Yoga means union (yoga) with the Self, the nadam, that primordial energy which is the source of all that is. In the rigveda, the oldest text of the 4,000 year old vedic scriptures of India, sound is called nada brahma (sound of the creator god brahma). The great Sufi teacher, Hazrat Inayat Khan, said: "Creation is the music of God." In other words, the universe arose/arises out of the music of God, that resounds and manifests itself in all of nature. Sound plays a vital role in all mystical traditions, as it is the bridge between the lower and higher worlds, the unconscious and the conscious, the form and the formless. In India many forms of Nada Yoga are found. The two main paths are the practice of the renunciant and the practice of the householder. The goal is the same: Self-realization through sound or nadam, i.e. to realize that the I AM is neither body nor mind, that "I am That". The renunciant nada yogi meditates on the inner sound current, thus traveling into the more subtle realms of his being by shifting his focus from the gross sounds heard in the body to the more and more refined sounds until merging with the unstruck sound, the anahata nada. The householder who lives in the world focusses on singing or playing the outer pure sound on an instrument to connect with the inner sound current, i.e. the unstruck sound or anahata nada.

In India, vocal music is considered the highest form of music, as the voice possesses the magnetism that the instruments lack. Our body becomes our instrument when we sing. We tune this instrument through body posture, breath and specific vocal techniques. The natural breath originates in the pelvis between the sacrum and the pubic bone. When we anchor our voice in the perineum with the help of our breath, we sing all the notes, the low and high notes, with our entire body which attunes our physical and subtle bodies. Many Indian singers still performing in their late nineties are testimony to the healing and rejuvenating power of the natural voice. Modern Western classical voice training, on the other hand, emphasizes bringing the voice mainly from the chest and head and therefore does not have the same healing power. I might add, that the natural voice was also practiced in the Western world until the time of Bach and the introduction of the tempered scale.

Our natural voice expresses who we truly are and is a reflection of our soul, our unique vibration. No two voices are alike, just as no two souls are alike. When we speak or sing with our natural voice, we are connected with our innermost being, therefore bringing about well-being and healing for ourselves and others (see Sound Healing). The voice has the strongest and also subtlest effect on our surroundings, as sound is perceived through every pore of our body, in every cell of our body. This is due to the fact that nada is the manifestation of ether, which transcends space and time.

In Nada Yoga we work with body movements to open up the breath and body to the subtle powers of sound. Specific vocal techniques help us regulate our inner rhythms and vibrate our voice production centers (abdomen, diaphragm, chest, throat) as well as the points of resonance (throat, palate, forehead, nose). Singing low sounds opens up the pelvis, thus releasing tension and repressed emotions. The hands also play an important part as the hands are directly connected to the throat chakra and support and guide the voice.

We sing ragas, the musical modes of Indian classical music, to attune ourselves with time and space. Ragas correspond to the different times of day and night, the seasons and to the different rasas (moods). Every musical note relates to a certain emotion, so while singing a mode, we are actually harmonizing specific emotions in ourselves. The use of micro-intervals allows us to touch subtle emotions that are rarely touched by Western classical music. Ragas are consciousness-expanding. The scales are based on the natural voice scale versus the tempered scale which replaced the natural voice scale in Europe around the 15th century. The flattened notes are said to be mystical notes, as they are situated inbetween two dimensions, i.e. notes. The augmented fourth, which was labeled the ‘diabolus in musica’ by the Roman Catholic Church in 15th century- Europe, is considered to be one of the most powerful, mystical notes in Indian music creating a direct connection to God. Interestingly enough, the Roman Catholic Church banned the use of the Lydian mode which includes the augmented fourth around the 15th century. Other Greek modes followed. Orpheus, the mythological Thracian prince of song, is believed to have lived around 1200 before Christ. He is "also known as the founder of a sect, called after him the 'Orphics', … and may well be one of the chief links between the spiritual culture of East and West, for Herodot reported, that the mysteries of the Orphics were brought to Europe from India. The Greek philosopher Pythagoras was a member of the Orphic sect and seems to have possessed Indian and Egyptian secret knowledge." (Friedrich Bruckner-Ruggeberg, Indian Musicological Society Journal, vol. 14)

The singer accompanies him or herself on the tambura, the Indian drone instrument, rich in harmonics. The tambura not only gives us the tonic note and the first two overtones (the octave and fifth) as a point of reference, but also puts everyone hearing it into a state of contemplation, because it balances the left and right brain hemispheres. I might note, that medieval Western music and the church-modes of Gregorian chants had the same relationship to the tonic.

Truly great are the benefits of practicing Nada Yoga in respect to our physical, emotional and mental health. Nada Yoga is also very beneficial for pregnancy and birthing. 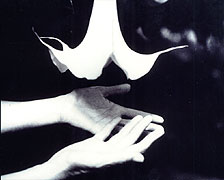